December 14, 2018 // 0 Comments
Share on FacebookShare on TwitterShare on Linkedin 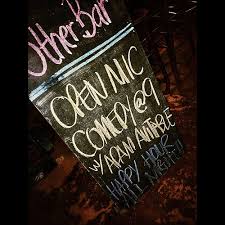 What does every aspiring voice over artist need to have in their voice over tool kit before they can even begin to call themself a professional? Is it something you can buy? Maybe an expensive mic, a fancy website or a studio so quiet you can hear a gnat’s heartbeat? How about a certain level of achievement? Like a couple of semi-pro assignments with endorsements from satisfied clients, or signing with a reputable agent? Or maybe it’s something else?

I’ve been thinking a lot about this question since I started watching the terrific Amazon TV comedy The Marvelous Mrs. Maisel. If you haven’t checked out this show you’re missing a treat IMO. Aside from the formidable cast led by Rachel Brosnahan, Alex Borstein and Tony Shalhoub, the colorful Mid-Century production aesthetic, and the crisp dialogue; there is, at the show’s heart, the story of an unlikely but supremely gifted entertainer. I don’t know about you, but as a self-confessed showbiz story junkie I could watch this stuff all day long, and maybe even learn a thing or two in the process!

Brosnahan’s Midge Maisel is the quintessential 1950’s New York housewife who seemingly has it all: a handsome young husband bringing home a decent upper middle-class income, a supportive family, the requisite number of healthy young children…you get the picture. And most importantly for the purposes of this post, she’s the perfect sounding board for her restless husband’s wannabe standup comedy act. In fact, we soon learn that it’s Midge’s drive, wit and innate comedic sense that prop up the poor sap’s flailing attempts at a career as an entertainer. When the marriage falters she is propelled onto the stage herself, and the rest, as they say, is showbiz magic.

Borstein plays a comedy club denizen who has dabbled in managing acts without much to show for it up to now. She’s the first to recognize Midge’s raw talent and to champion it. Together they set about strategizing how to launch Mrs. Maisel’s career

The first thing they must do is develop a “Tight Ten” – ten solid minutes of finely crafted, honed, rehearsed and audience tested material that Midge can perform at the drop of a hat. It’s the length of time clubs give fledgling comics to show their stuff, and later, the basis of a solid act for opening a show headlined by a more established performer. Much more challenging than merely stringing together a series of jokes, developing this crucial performance entity is the first obstacle that any beginning standup comedian must hurdle. It provides a solid foundation for everything that will come after.

Every performing art that I know of has its own version of a Tight Ten; some form of unique benchmark or level of demonstrable proficiency that separates professionals from amateurs. For stage actors it might be having two contrasting monologues in the memory banks that can be recalled and performed on command. For musical theatre singers it’s a polished 18 bars each of a ballad and an up-tempo number, with sheet music always at the ready should they encounter a rogue, wandering accompanist. I’m no dancer, but based on one of my favorite musicals, A Chorus Line, a hoofer’s “Tight Ten” might be the ability to quickly absorb and perform challenging choreography at a moment’s notice. These are all professional proficiencies that are demonstrated through performance pieces or skills that we have “in our pockets,” and can trot out when needed.

So, what is the voiceover tool kit equivalent? Is it a Mel Blanc-level arsenal of character voices and the ability to create and remember new ones one the spot. Praises to you, if that’s your thing! Maybe it’s the ability to flawlessly cold read complex medical or technical terminology, paced to time and without taking a breath. Kudos, oh Jargon Ninja! Maybe it’s a cultivated basso profondo range so resonant that NASA calls you when it wants to scare off aliens. Get down (and I do mean DOWN) with your bad self! These are all amazing skills, but hardly common or necessary to call oneself a pro.

To me the voiceover version of the Tight Ten is simpler to define: it’s a roughly one minute, professionally recorded commercial demo that shows a range of styles and (here’s the tricky but crucial part) that the voice artist can reproduce anytime, anywhere and with almost any copy when called upon to do so. Easy peasy, right? Um, no. Let’s not take for granted what it requires to achieve this milestone:

First, you have to be serious enough about your career to invest a ton of time and money in it, and your demo is proof that you mean business.  How often has someone asked you for advice on how to get started in the industry, only to see them furrow a skeptical brow as soon as you bring up the cost? You can almost see the mental wheels turning as the aspirant tries to figure out ways to skip this little inconvenience. Sure, there are examples out there of people being plucked off the street thanks to their melodious pipes. Like winners of the VO lottery, these lucky few are given work without paying their dues and with no professional demo. But it wouldn’t make the nightly news if it happened every day!

No Shortcuts to a Solid Foundation

Second, you have to have a sense of your strengths and weaknesses. If a style of read isn’t well within your wheelhouse it shouldn’t be on your demo, right? When you work with a decent coach before recording your demo they’ll guide you to material that shows your strengths. If you put in the work to find your own demo copy, as I did with my first one, any producer worth hiring in the first place should be able to help winnow down the options to what suits you best.

Third, it shows the prospective client or producer that, even though your résumé is thin, you’ve at least been through the process of recording one professional voiceover project: the demo itself. I learned a lot about studio etiquette, mic technique, taking direction, etc. from my first demo session. It’s a basic right of passage that we all share once we’ve made the commitment to pursue this as a career.

Once we have our voiceover Tight Ten (or One?) in the ol’ toolkit (or up on a spiffy website), we can continue to build on it with more training, additional demos, and maybe eventually the tricked out home studio of our dreams! It all happens thanks to the work we put in up front.

So, how about it? What’s your version of the Voice Over “Tight Ten?” 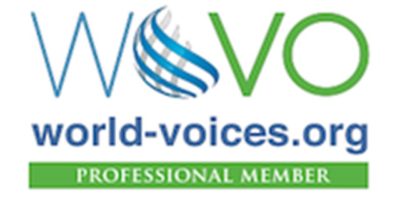